What is Out of the Cold?

Out of the Cold is an interfaith program that strives to respond in a meaningful way to the basic physical needs of shelter, food and warm clothing for the less fortunate members of our society – as well as to respond to the deeply human needs of compassion, dignity and feelings of self-worth.

Out of the Cold was founded in 1988 and has since evolved into an extensive emergency response and homeless prevention program supported by an inter-faith community and a strong volunteer base inspired by its Foundress and Spiritual Director, Sister Susan Mary Moran, OLM.

OUT OF THE COLD FOUNDATION

Out of The Cold Foundation supports the Out of the Cold participating agencies, churches, synagogues and other groups that provide safe havens for the poor and homeless of our society.

The Foundation acts as an umbrella organization to provide financial support for Out of the Cold projects through an Application Funding process. The monies raised by the Foundation from individual and corporate donors are utilized to help fund existing programs and new Out of the Cold initiatives. The Foundation provides income tax receipts.

Sister Sue was born in Montreal. She was raised in Toronto and studied at Loretto Abbey and Toronto Teacher's College. After teaching in Toronto for a few years she entered Our Lady's Missionaries in 1963. She continued to teach in Toronto and worked as a Pastoral Minister at St. Michael's College School which led to her co-founding the Out of the Cold program. Sister Susan obtained her Masters in Theological Studies at St. Augustine's College. She was also awarded the Order of Canada and received many recognitions for her work with the homeless, to whom she devoted her love and her life.

Canon John Erb: Mr. Erb died July 31 in Toronto of a rare brain disorder, Creutzfeldt-Jakob Disease (CJD), at the age of 72. He earned a bachelor of arts degree in 1962 from Wilfrid Laurier University in Waterloo, Ont., and a bachelor of sacred theology degree in 1965 from Trinity College, Toronto. He did post-graduate work in 1993 at Virginia Theological Seminary in Washington, D.C.

Prior to joining the foundation, Mr. Erb was for 16 years rector of the Church of St. Michael and All Angels in Toronto. He also served St. Luke’s church, Grace Church on the Hill and St. Aidan’s church in Toronto.

In 1988, he co-founded the Out of the Cold program. He also chaired Street Outreach Services in the diocese of Toronto and served on the Toronto Refugee Affairs Committee 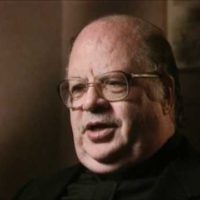 After graduating Catholic Central High School in Detroit, Fr. Murphy joined the Basilian Fathers and was ordained August 11, 1973. He joined the staff at St. Michael's College School in 1984 where he taught Religious Studies and Public Speaking. Fathers' solicitude for the poor led to the establishment of the "Out of the Cold" Refuge along with Sister Susan Moran and the students of St. Michael's. During his 10-year appointment at St. Michael's, he served as full-time Chaplain and Moderator of the Meals on Wheels and Good Shepherd Refuge Volunteers. Fr. Murphy received The Order of St. Michael in 2001. 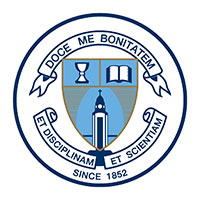 Out of the Cold began with a surprise friendship and a tragic death. In the early winter of 1987, a group of high school students from St. Michael’s College became close with a local homeless man. After weeks of sharing food, clothing and conversation, they learned one morning that the man had died.

This profoundly impacted the students so they turned to Sister Susan for emotional support and guidance. They decided something had to be done to address Toronto’s growing homeless population. Together with the help of Fr. John Murphy, they teamed up with Canon John Erb to transform an empty storefront on St. Clair West into the first Out of the Cold program.

Liz Eustace was raised in Toronto and has recently returned to her hometown after living in Manhattan for over a decade. While in New York City, Liz received an award of recognition from former Mayor Michael Bloomberg for her work bringing health and wellness into under serviced areas of New York - specifically within the Jackie Robinson Centre in Harlem. She was also one of the original founders in Out of the Cold, and received the Light Spirit Award from the City of Toronto in 2002 for her work with the homeless.

Sister Susan inspired Craig to volunteer at Out of the Cold shortly after the doors first opened back in 1987. Two years later, he was recognized with the Canada Day Award for Excellence for his continued commitment to the homeless during his time at St. Michael’s College School. In 2002, he received the Kindly Light Award from the City of Toronto along with the other original student founders. Craig works in media and lives in Toronto with his wife and two children. He is proud to be back supporting the Out of the Cold community.